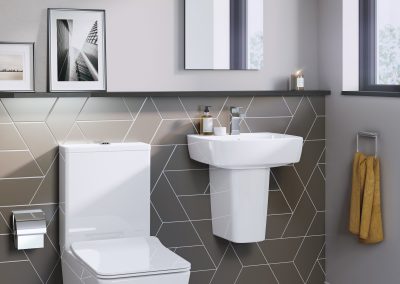 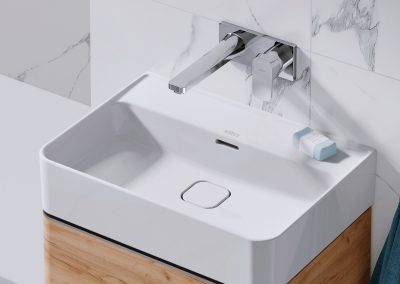 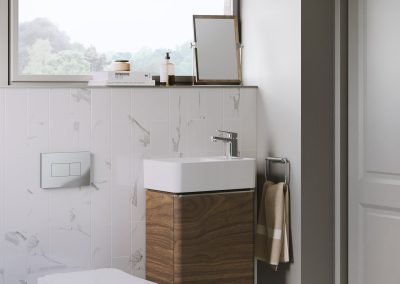 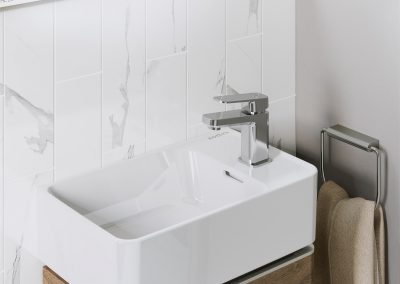 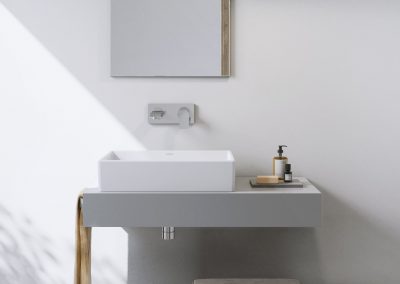 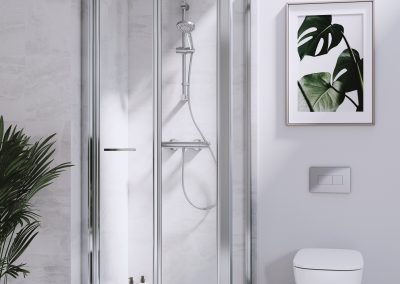 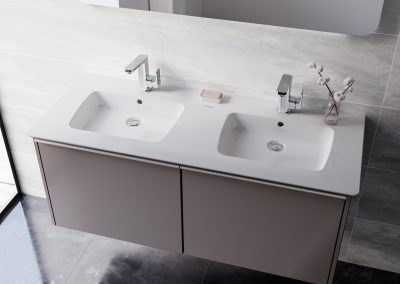 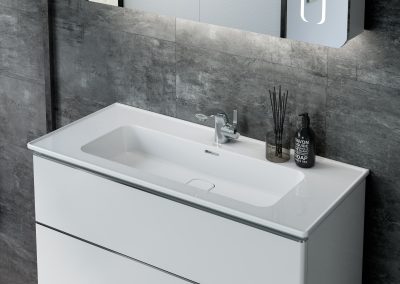 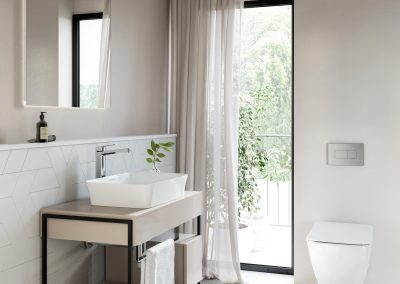 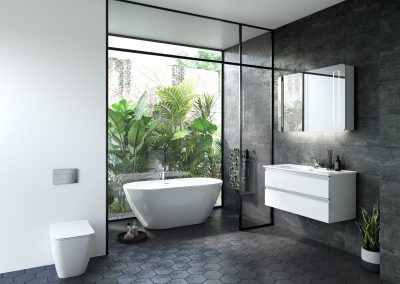 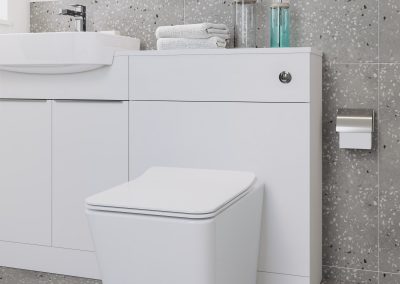 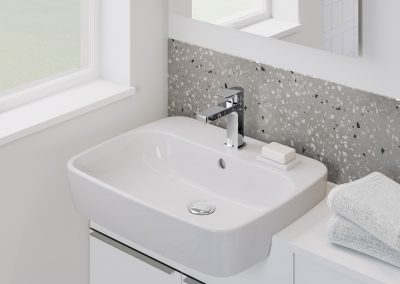 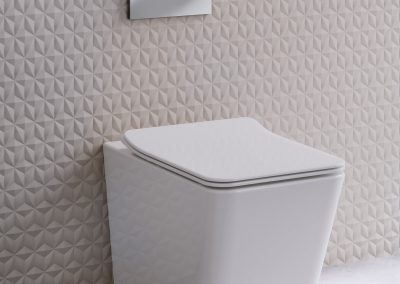 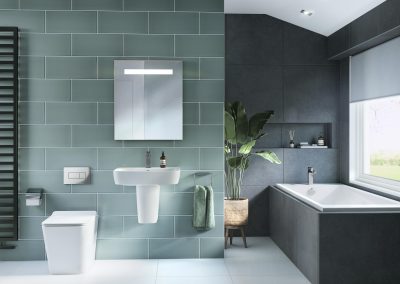 With dogged determination, we courted this client for a long time until finally, our efforts paid off, and we started to talk to staff in the head office about how we could help alleviate some of the stresses of their current marketing approach using traditional photography.

It was identified that locations, timing and installations during photo shoots were a huge drain on the department when sourcing photography for brochure releases etc and a suitable replacement or alternative was sorely needed.

We persuaded Ideal Standard to test and investigate CGI for their marketing after educating them on the benefits but more importantly proving to them that we had helped similar-sized enterprises before. Our experience and ability in servicing similar companies helped immensely in this clients decision to start using Red and Gray to deliver their sales illustrations.

Our experience and ability in servicing similar companies helped immensely in this clients decision to start using Red and Gray to deliver their sales illustrations.

During the course of the several projects we have carried out for them we have overcome various difficulties. The most difficult obstacle turned out to be adapting the workflow of the interior design team who, having been used to traditional photo shoots, carried on asking for tweak and amend after tweak and amend, not realising the time delay and cost in doing this too often. Conversations were had where we stressed the importance of treating the initial drafts of the room sets as crucial approval tools where early changes could be adopted without too much implication on budget and deadline and gradually the whole team got on board and the whole workflow is now definitely more streamlined

Another hurdle we overcame was using the client supplied 3D models which in some instances were either lacking important details or the geometry was not suitable for the realistic close up renders we knew we had to produce for them. In those cases, we simply had to use the models as templates, and we traced them to produce more suitable 3D geometry. Highlighting the missing elements on some of the clients’ models in the early stages of the relationship has reaped positives now as the team producing them know what is expected from them and can produce the 3D geometry we need without too much interference from

This was the first time we had used a company like Red and Gray, but were guided through every step of the way.
We had a lot of choices in what to have in our images, but Red and Gray were happy to offer creative advice as well as to what would work.
We were very happy with the end results and feel this has lifted our work beyond what photography on it’s own could have done.
We are looking forward to working with Red and Gray again in the future.

The staff are absolutely brilliant at Red and Gray, all work has been delivered on time and above the expected standards. Attention to detail is incredible and I recommend their services to anyone looking for a quality agency to fulfil various scopes of projects. I have no hesitation in using Red and Gray for all our upcoming projects.

Working with Red and Gray has been an absolutely fabulous experience. I felt nervous at first because it’s our first foray into CGI, but with Maz, Kerry and the team holding my hand throughout, the whole process was simple. CGI has unleashed my inner creativity, to create without boundaries or restrictions.
The team followed my briefs to a T, in fact the surpassed my expectations. Would you be believe, I had tears in my eyes when I saw the images.

We had some nice feedback from one of our customers on the Designer Series cut-outs you prepared for us – “Cut out images are great. I cannot remember the last time we got such good hi-res images from Lecico.”
So thank you for the great work!

So far we have been involved in 3 image production projects for brochure releases, and we are very proud of the work we have produced and how we have been a help for this company realising their CGI marketing requirements.

RELATED IMAGES FROM OUR PORTFOLIO